The swim camp was run under the auspices of Orion SC. However, the information has been added here to provide an on-going record of the event following organisational changes.

There's no truth in the rumour that Netflix will be making a mini-series out of this.

Room 43 awarded tip of the week

We had a very busy day on Friday with 2 swim sessions, including starts and timed sprints, followed by relays. The relay session has always proved to be a favourite and again this year it was voted the most popular. The younger ones had a fun session in the pool with Georgina.

We had another visit to the beach and to the pier, and we had the opportunity to go to the shops. The older ones had some free time to go and explore the town, whilst others had a tag session in the garden.

Saturday brought about the packing morning, and only one room got sent back four times as at every check we found something else. However, on the whole, the packing went very smoothly (a lot better than last year)

Room 8 was a little bit of mess as well (Steve's room) but on the whole we left the hotel in a fairly decent state.

The journey home was fun with most little ones asleep and the others fairly quiet. We had a swap around between who went in cars and who went on the coach. Some people forgot that there were no spare seats on the coach, so assumed they could take up two seats - err no, every seat was full in both the cars and the coach. We gained new people on the way home (no we didn't pick up a couple of strangers, although it was tempting)

The Truckstop were very helpful and provided us with lunch and much earned cups of tea before we travelled back, arriving back at Langley around half an hour early.

I will follow up with coaches report at some point in the near future but today's is now unpacking and sleeping and catching up on the weekly news.

We got very wet this morning - in fact we got absouletly soaked walking back from the pool. It hammered icicles, cats and dogs. In fact I didn't think I could get any wetter until Steve decided to jump into the biggest puddle he could find, and then I realised that I could.

After we got back to the hotel, we dried out, had breakfast and spent the morning playing games, board games and some nail painting.

After lunch, the sun came out and we went to the arcade for fun and games with the slot machines. The Zoltan box drove us mad, with it repeating the same sentence over and over, and the ticket machines went into overload.

The rock shop became very popular with Emaan taking root at the counter, with several swimmers purchasing a lot sweets to take home, before we returned back to hotel for our evening meal. We travelled back to the pool for our evening swim session, focussing on starts and turns, and everyone took part. The younger swimmers returned back to hotel leaving the older ones to complete their 200m swims in a timed session. Some very tired people walked back along the prom, in the dark - but at least it was wasn't raining.

We had a birthday girl today so we had cakes and balloons.

We had a lovely day today although we do have a lot of tired people who were grateful for the quiet morning. Tomorrow we have early swim session so hoping for a good night's sleep.

We had a vey early this morning with most people up, washed and dressed by 5.45am. We arrived at the pool just after 7am ready for our pre pool exercises before starting our swim session.

A lot of mileage was covered with our 2 hour sesssion this morning, and everyone earned their cooked breakfast that was waiting for them upon our return.

We went down to the beach and spent an hour paddling and building sandcastles before returning to the hotel for lunch.

We had a swim session in the pool this pm, with set turn around times across different distances ( depending on the lane). After our evening meal, we had a quiz night, with 6 teams and the winning team being captained by Emma M. Nearly all the swimmers took part in the quiz, with everyone sharing knowledge and answering questions.

Everyone had an early night tonight, with all swimmers in bed before 9pm, in preparation for the morning ahead.

Great day all round, with rooms full of shells and seaweed from the beachcombing this morning.

Struggling a little with phone signals, so photos will be coming through slowly but just to re-assure everyone is well.

We have arrived safe and well and without any hitches or problems.

Tonight we had a meal of soup, cottage pie and jam roly poly.

A lot of swimmers attended a pool session with Karen, Grace, Alex J and Dave coaching. Others had a beauty night with nail painting, hair platting, and face masks. Some of the boys had lego, waffle brick construction, board games and other activities before getting ready for bed.

One lost teddy caused us a few problems at bed time but other than that everyone settled really quickly after an exciting day and most were asleep by 10pm, with younger ones in bed and asleep before 9pm.

My feet are aching a little from running up and down the stairs and walking to and from the pool.

Georgina, Dave and Meredith gave in and went to bed around 11pm, leaving Karen, Pam, Steve, Heather and Alex J having a quiet drink in the bar, eating the left over puddings from dinner time.

Every one is well and happy and looking forward to tomorrow 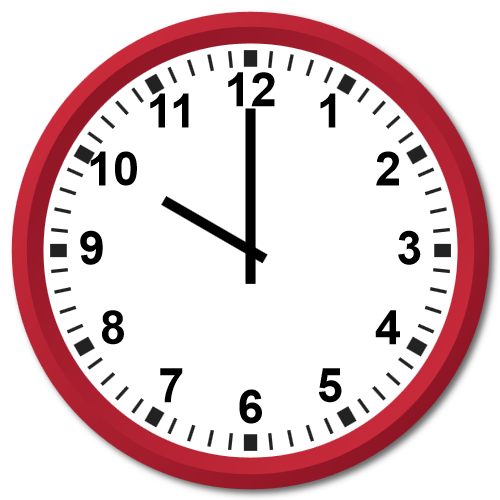 Can all Epipens be checked for expiry dates and be replaced if necessary.

If you don't know what an Epipen is - don't worry. 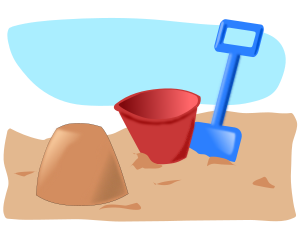 The finishing touches are being completed for the stay at the hotel - name cards for dining tables - done! 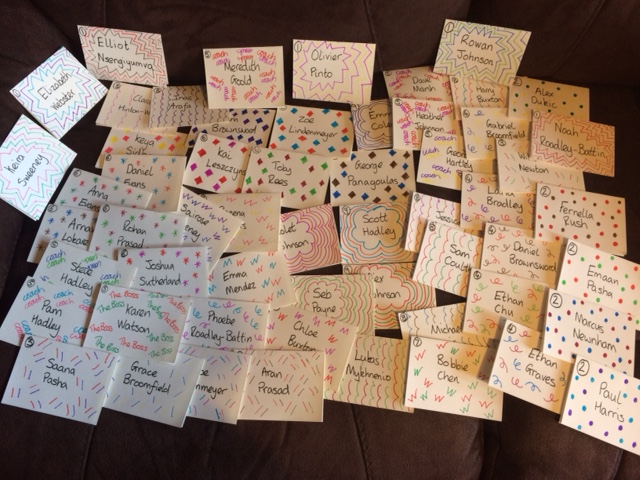